December 9, 2016Comments Off on About Surat 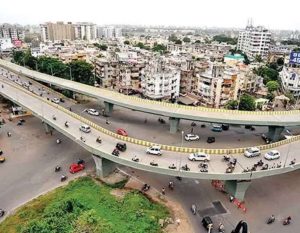 Surat, is a port city previously known as Suryapur ( City of Sun) . It is the economical capital and former princely state in the Indian State of Gujarat. It is the eighth largest city and ninth largest urban agglomeration (after Pune) in India. Surat is the 3rd “cleanest city of India” after Chandigarh and Mysore and 4th fastest growing city of the world. Surat is famous for its food.
It is the administrative capital of the Surat district. The city is located 284 kilometres south of the state capital, Gandhinagar; 265 kilometres south of Ahmedabad; and 289 kilometres north of Mumbai. The city centre is located 22 km south of the Tapti River. A moat divides the older parts of the city, with their narrow streets and historical houses, from the newer suburbs.

Surat is the diamond hub of the world. Surat is making India’s name shine on the world map with diamonds
In 18th century, the diamond cutters migrated from Africa and settled in Surat. Some of the Gujarati communities have mastered the art of processing, polishing and cutting diamonds. It is believed that British as a part of their Indian mission first landed in Surat in 1600 AD. Surat resurrected as a phoenix bird after the devastating plague in 1994

Surat is well known for its synthetic products market. It is mainly engaged in the production and trading of synthetic textile products.
Nearly 30 million metres of raw fabric and 25 million metres of processed fabric are produced in Surat daily. The city has several textile markets that exist since times immemorial. Zampa Bazaar, Bombay Market, JJ Textile Market and Jash Market are among them. Katat Gam, Magdalla and Udhana are the areas of Surat where manufacturing is mainly concentrated. The famous brands of Garden and Vimal textiles evolved from Surat. Around 90% of polyester used in India comes from Surat. 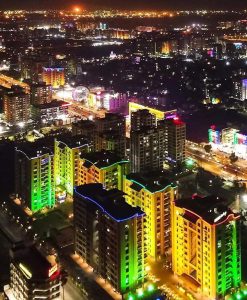 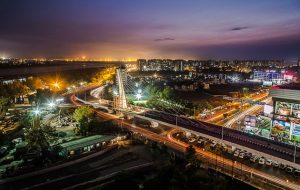